‘Congestion problem? There is no congestion problem. People just drive from one hell – family – to the other – work. In between they are are glad they can spend some time on their own!’ Recently someone explained to me this view on traffic problems.

Unfortunately I travel by train. It was hell last week. My laptop broke down so I entered  our media store Saturn. It turned out to be Black Friday: the bonfire disguised as a shopping paradise. Later that night I watched a live masterclass on television about the black hole in the universe. Not a good idea because I had enough of dealing with my own. But it’s always a pleasure knowing it can be worse. My misery vaporises compared to the misery of the Tiger Lillies.

Spotify reminded me of their new album: The Story of Franz Biberkopf. Once the great Russian writers awakened the romanticus in me, the Tiger Lillies became my guide to the dark edges of the human soul. Of course I had some experiences with the help of the Doors, Joy Division and Nick Cave. But that is peanuts compared to these innocent looking lillies.

Three men with face masks. They played Tom Waits’ Diamonds and Gold at a tribute to his Rain Dogs album. Just a musical saw and an accordion accompanied the falsetto of the lead singer and writer composer Martyn Jacques. This falsetto turned out to be one of the trademarks of the band.

Blood, vomit, urine, sperm an excrements keep the band’s repertoire together like glue. Their inspiration sprouts from the classics in world literature. Not by accident the stories that tell us about the darkest parts of existence. Wikipedia describes the Tiger Lillies as ‘Dark Brechtian Punk Cabaret.’ Their stories are without exceptions about sin, revenge, hate, decadency, death and corruption.

The Tiger Lillies drag you along into the decay with the minor keys coming from Jacques’ accordion. Punky polka’s and three-four times rhythms in many of their songs make you spin. Like you’re drunk and sitting on a wooden horse on a merry-go-round, rocking slowly into an obscure Berlin theatre in the mid-twenties of the last century. It’s hard not to get under the spell of songs with titles like Sin, Desolation Song, Dirty Slut, Stab Myself, Piss on Your Grave, Crack of Doom, stay Away from Heaven and Living Hell.

The band did four sold-out shows of Lulu – A Murder Ballad at the Royal Opera House in London at the end of November.  In January they perform their most gloomy repertoire in a run of shows in  Australia under the title The Very Worst of the Tiger Lillies. Despite all this, they’ve once been asked to play at a wedding party as well. There’s a video about this performance. I ordered it. I’m very curious to know how this works out. 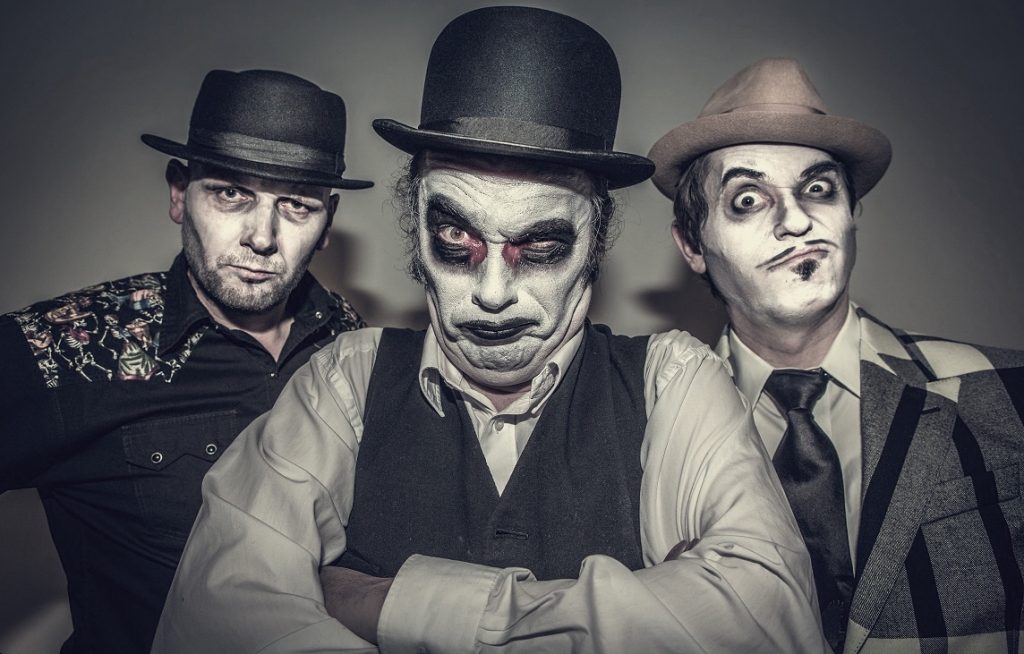